When writing large-scale applications with complex logic, it is quite possible to have syntax, semantic, or runtime issues in your code. The Ballerina compiler comes in handy when detecting syntax and semantic issues. However, it is very difficult for a compiler to detect runtime errors like logical errors because they occur during the program execution after a successful compilation. This is where the dedicated debugging tooling support becomes important.

The Ballerina extension provides multiple options to debug Ballerina applications, and the most convenient way will be using the context-aware debug codelens support.

Follow the steps below to start a quick debug session using CodeLens.

Start a debug session with configurations

Follow the steps below to start a debug session with configurations. All the configurations need to be added in the launch.json file.

Then, you can start a program, test, or remote debug session as shown below.

Follow the steps below to start a program debug session.

Follow the steps below to start a test debug session.

Follow the steps below to start a remote debug session. 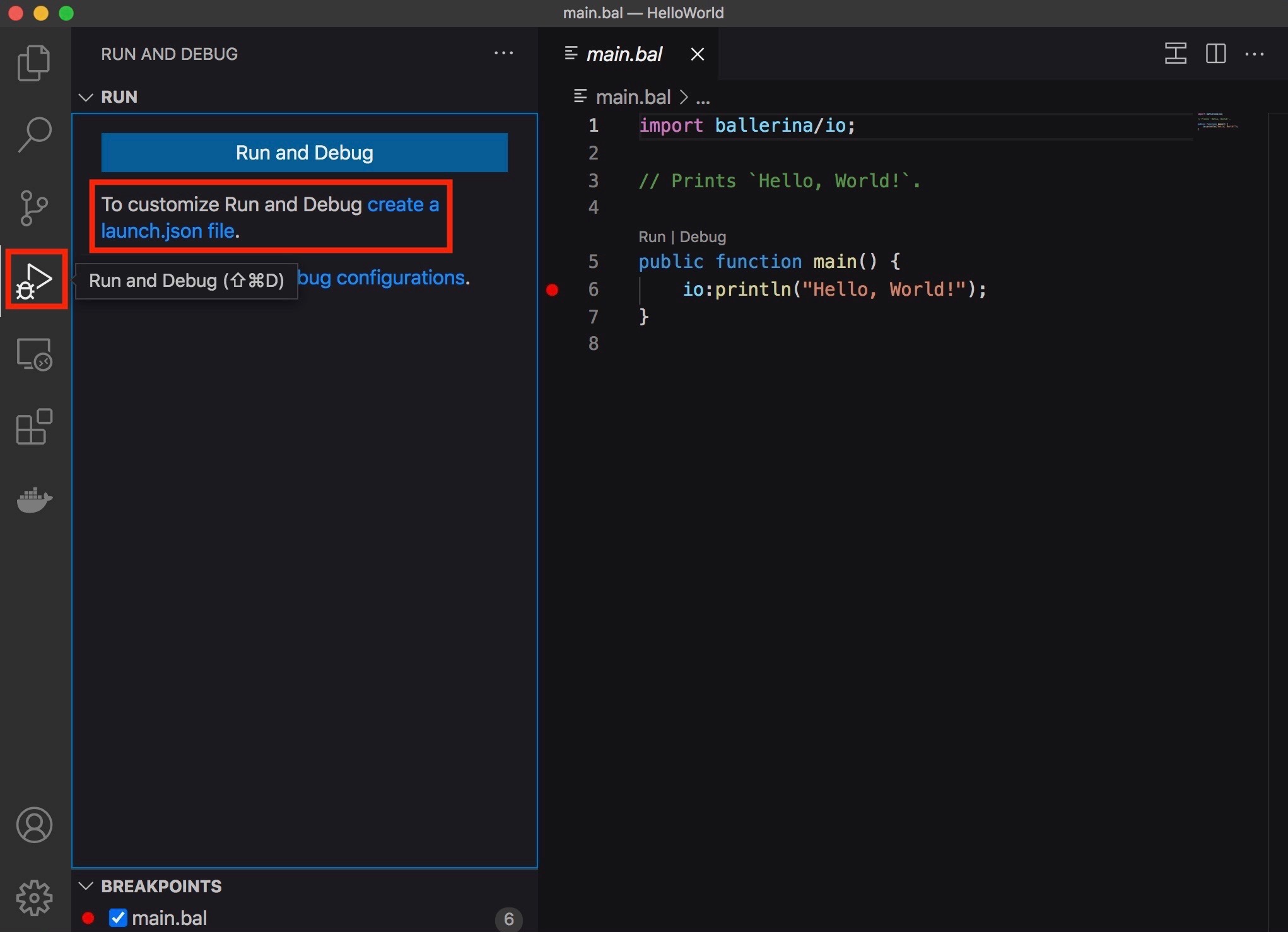 Here are the default configurations generated for the Ballerina debugging: 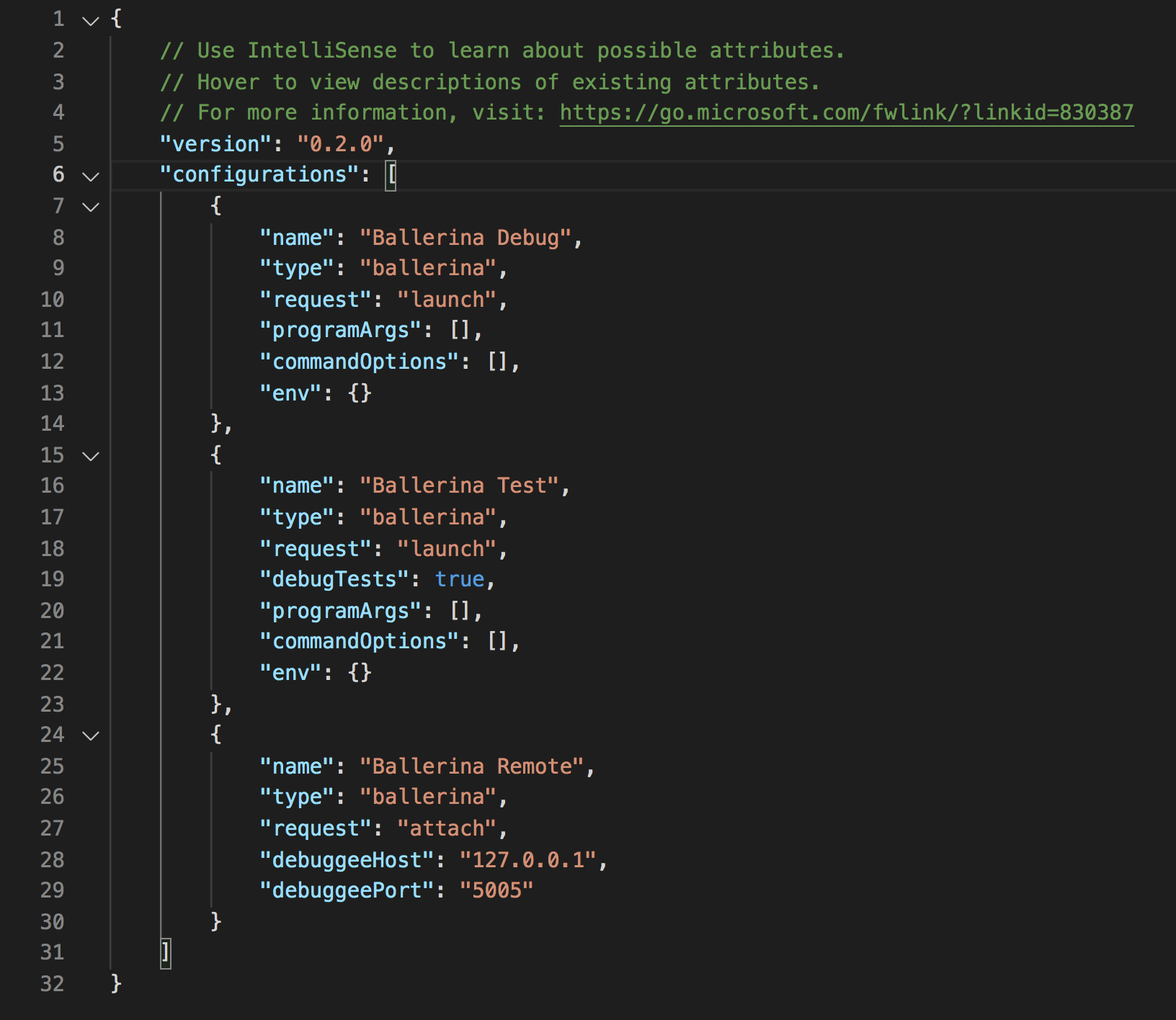 Each configuration supports a different set of attributes, which will be provided via IntelliSense completion suggestions.

The following attributes are mandatory for all configurations.

The following attributes are supported for all Ballerina launch configurations.

The following attributes are supported for all Ballerina attach configurations.

Use the debugging features

The following debugging features are currently supported by the Ballerina VScode extension.

The Ballerina debugger provides the ability of setting Ballerina expression-based conditions for regular breakpoints. The debugger will suspend at the breakpoint whenever the expression evaluates to true.

Logpoints are another variant of breakpoints, which do not "break" the program execution but instead log a message to the console. Logpoints are especially useful for injecting logging while debugging production servers that cannot be paused or stopped.

Logpoints can also be enabled/disabled and can be controlled by conditions similar to regular breakpoints.

Log messages can either be plain texts or string templates, which can contain expressions to be evaluated within the ${} syntax.

This feature will be useful in contexts where the program seems to be hanged due to blocking operations/infinite loops, and when you want to know the exact line that the program is waiting on.

Ballerina expression evaluator allows evaluating Ballerina variables and expressions at runtime allowing them to be viewed when the IDE is in the break mode.

The Ballerina VSCode debugger lets you evaluate expressions in the ways below.

Use the debug console

Use the watch window

Info: For more information on VSCode debugging features, go to VS Code documentation.